The mission statement for the National Organization of Minority Architects (NOMA) is “to champion diversity within the design professions by promoting the excellence, community engagement, and professional development of its members.” This message resonates with us—our inclusion and diversity principles align.

NOMA is an organization dedicated to eliminating racism within the design profession. Committed to maximizing the potential of those who are part of marginalized communities, the organization fosters communication among minority architects and aims to motivate and inspire minority youth who are looking to go down the design path. Recently, Stantec had six members of its team present at the 2019 NOMA Conference in Brooklyn, New York. This annual event brings building industry thought leaders, design, real estate, planning and construction industries, and future architects together from across the globe. 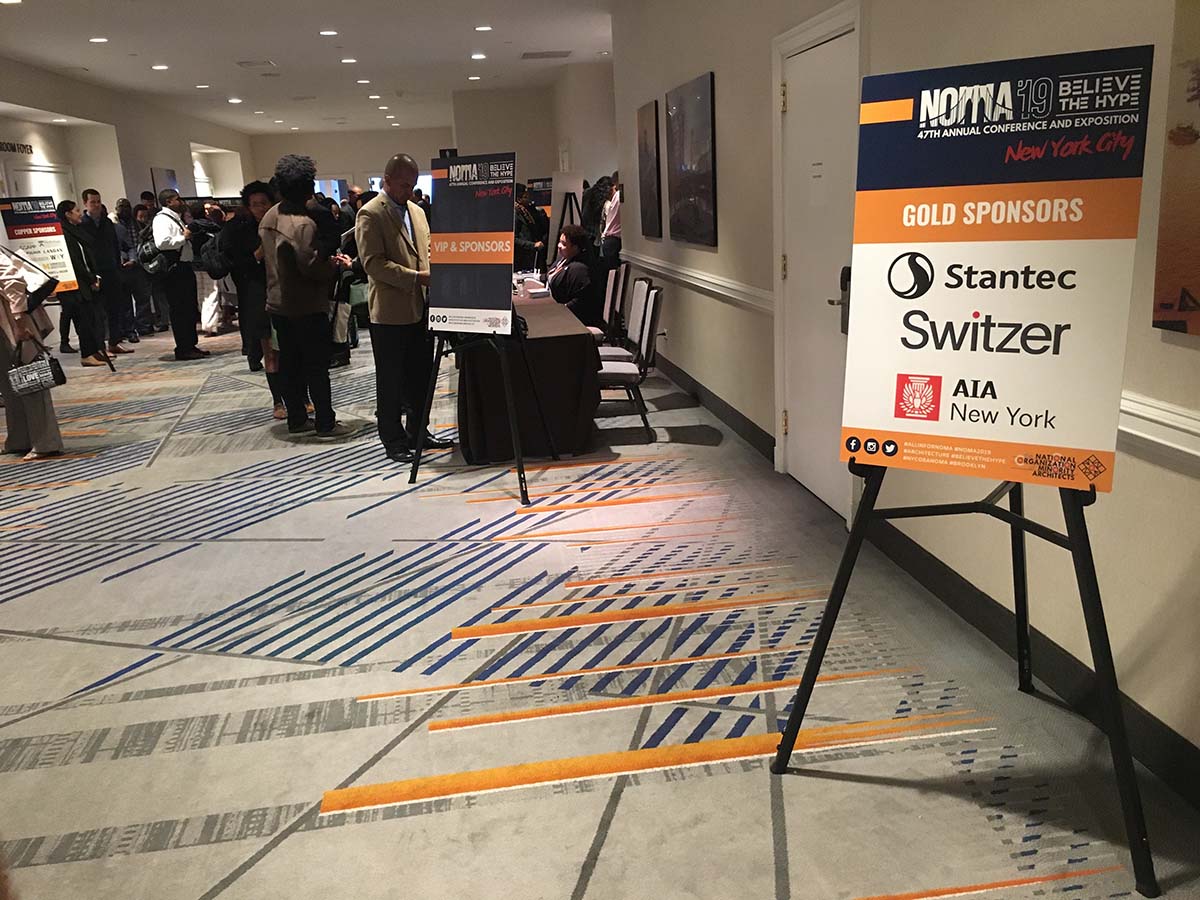 “The conference was very successful, with a record attendance of more than 1,200 attendees participating.” Richey Madison, Principal of Architecture in the Irvine, California office said. Richey has been an active member of NOMA since 2007 and is the reason Stantec became involved with organization. He was nominated to join Stantec’s US Inclusion and Diversity Council in 2016 and has been campaigning to connect the Company with NOMA on a more strategic level.

“There are many reasons for a firm like Stantec to be involved in organizations focused on diversity,” Richey said. “In regard to NOMA, it’s an opportunity for the Company to be the global leader by truly helping to increase the diversity in the architecture and design professions.” Richey went on to explain that the percentage of black architects has remained around 2% of all licensed architects in the United States for the past 50 years.

NOMA has come together with the American Institute of Architects (AIA) for the 2030 Diversity Challenge, where they are working to increase the percentage of black architects from 2% to 5% by 2030. “Every year, Stantec adds hundreds of new jobs across our different geographic markets,” Richey said. “If we can build enough momentum where 12-13% of those new hires were black designers, we would provide fantastic leadership for the global design industry.” This is what makes NOMA Annual Conference so important: it’s a great resource for the younger generation to come out, see what the design world has to offer, and talk to those directly in the workforce. _q_I feel strongly that NOMA should be supported to increase their overall outreach and ultimately benefit from more engagement and inclusion. – Jared Smith_q_

“The need for NOMA to be supported was most resounding when minority college students directly asked me about being a minority in the field,” Jared Smith, Project Architect in the New York, New York office said about his experience at the conference. “They asked about representation and if we were taken care of in the positions we held. As an African American Architect often faced with the lack of diversity within this profession, I feel strongly that NOMA should be supported to increase their overall outreach and ultimately benefit from more engagement and inclusion.”

Jared was at the Stantec booth during the expo and spoke about our architectural opportunities. “I was able to explain the many architectural roles Stantec has played in the many regions we are present,” Jared said. “I very much enjoyed the conference and speaking with aspiring architects from various colleges about being in this profession.” 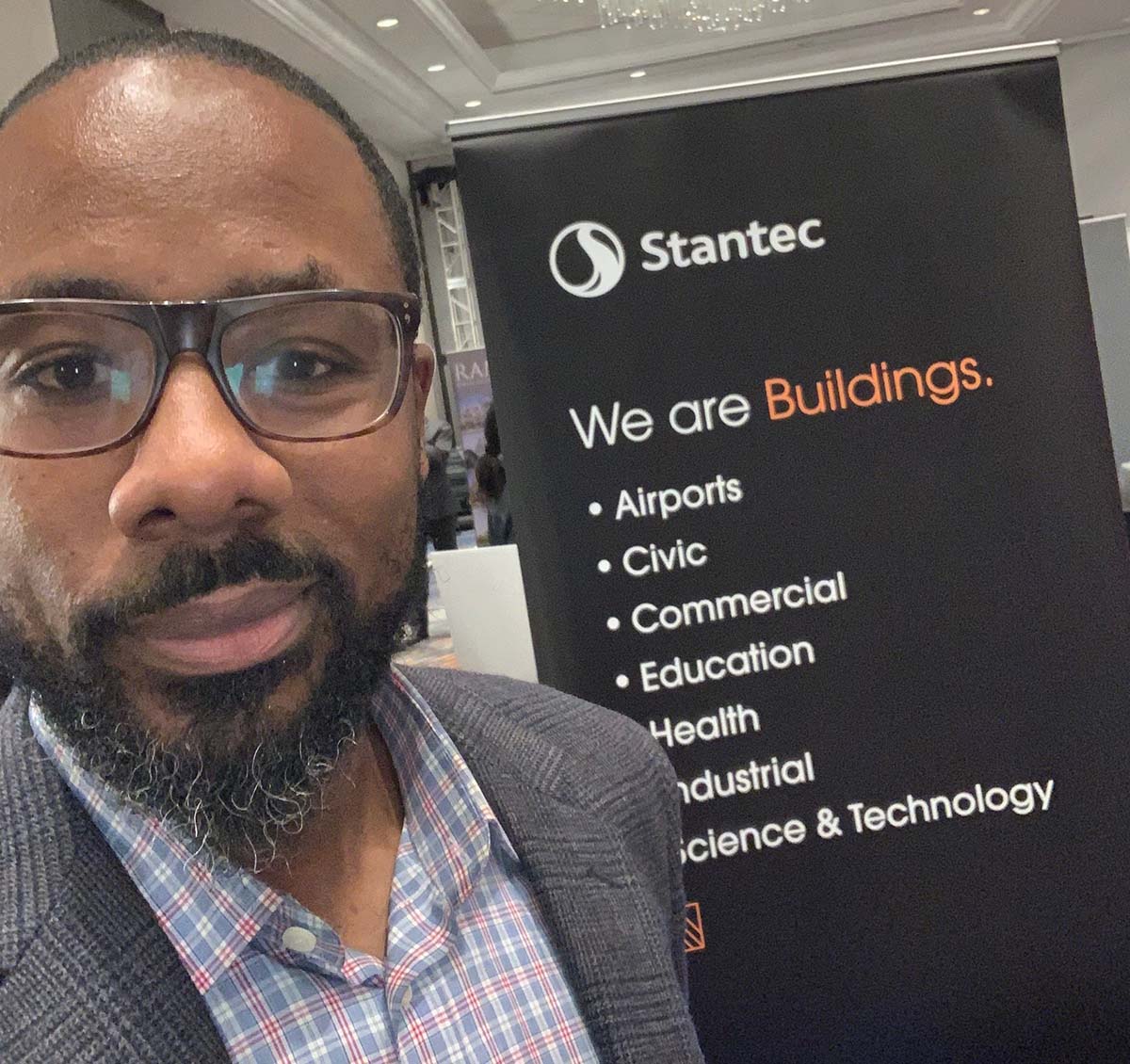 Also attending the booth was Clarissa Kelsey, Architectural Designer in the Philadelphia office. “I attended the conference from Thursday morning to Sunday morning and attended several eye-opening seminars with amazing speakers,” Clarissa said. “I learned more than I was expecting to. It’s important for Stantec to get involved with NOMA so we can continue to foster and celebrate diversity and inclusion. Being a supporter sends a message to the community about our values as an organization, and the culture of inclusion that we have created and keep growing.”
As a member of the Talent Acquisition team for Stantec, Daniel Six said it was very important to him to be as involved with community outreach as much as possible, and NOMA was a great way to facilitate that. “It was a great experience to work at the Stantec booth at the conference,” Daniel said. “There were many students looking for their first career choice, and some others looking after attaining their post graduate degree.”

Daniel noticed a diverse group of state representation. “With the exposure we have in Canada and the US, it was apparent that awareness and presence at events like this would greatly benefit the whole organization across many operating markets,” Daniel said. “Not only was it important to share our architecture story, there’s an obvious connection in attracting diverse talent and to keep Stantec as top of mind as we continue to build our architecture brand in an industry that has become increasingly competitive.”

This year, students worked on a block of vacant houses in a neighbourhood in Brooklyn that was purchased by a local developer. The students proposed design solutions that navigate the development of a mixed-income residential site which included retail, commercial, and community space. Since Stantec is one of the sponsors, we had one of our own on the jury. 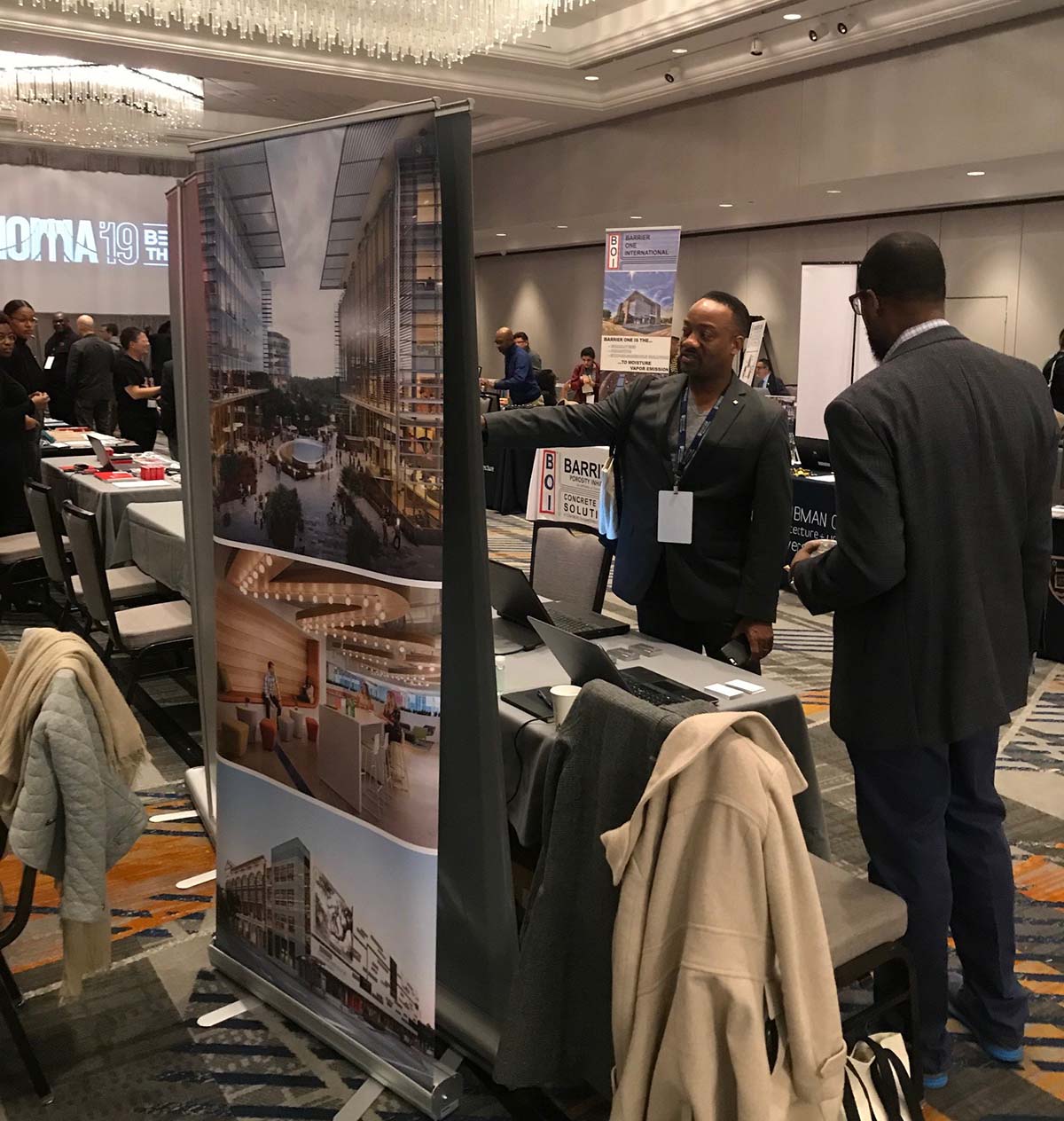 “The work was tremendous,” Tamara Roy, Principal of Architecture in Boston, said. “The room was full of 120 students and faculty members from the US, Canada, and Mexico.” The jurors spent two days, five hours each day, judging the competition. Ultimately, there were three cash winners and four honorable mentions. The jury group was comprised of large firms solidifying Stantec’s status as a large office player. “During the firm introductions, each of the jurors described the company they represented,” Tamara said. “It was a great venue for reaching the next generation of talented students across the country who come and look for jobs. It was excellent visibility for Stantec.”

Tamara believes Stantec needs to position itself like some of the other large firms that are actively seeking diversity in their ranks. “It’s important to be visible and attractive to the younger generation,” Tamara said. “This way, we can get them into the pipeline, help them remain at Stantec, and eventually they will become upper management.”

NOMA has built a strong organization that showcases excellence and creativity in design. “NOMA is one of the only national minority architecture-based organizations which is making great strides in the communities they serve,” Jared said. “Stantec’s continued support would say a lot about the organization, bring our department to the forefront, and increase NOMA’s spread of influence.” 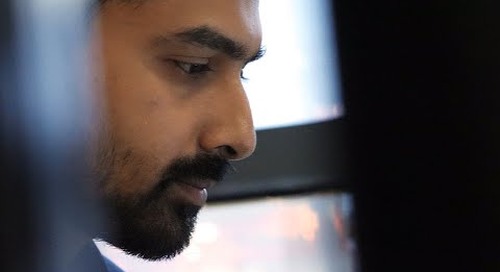 A Day in the Life of Raghavendra

Raghavendra Bhat uses BIM to deliver Stantec projects from his office in Pune, India, and his expertise to ... 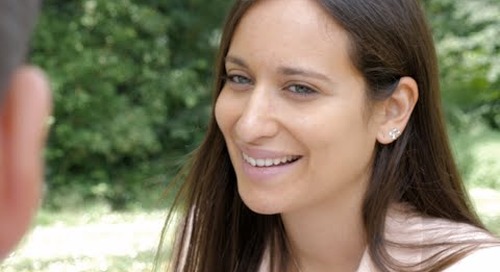 A Day in the Life of Rebecca

Sustainable Energy Engineer Rebecca loves going on adventures and helping communities around the globe to b... 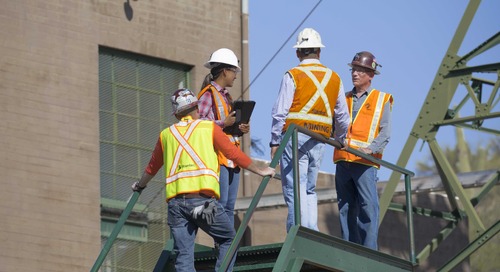 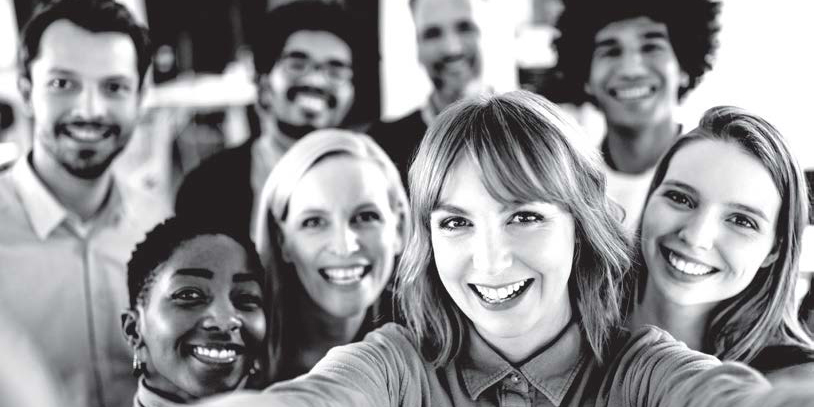 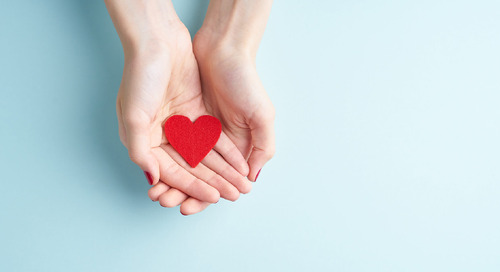 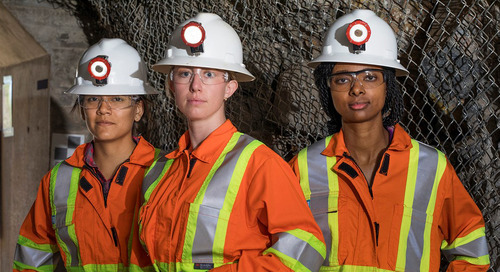 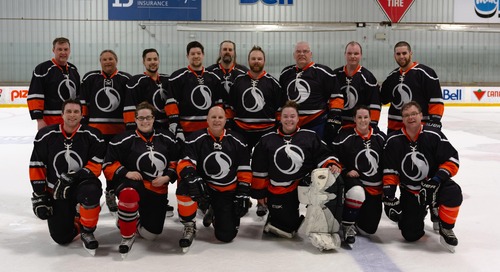 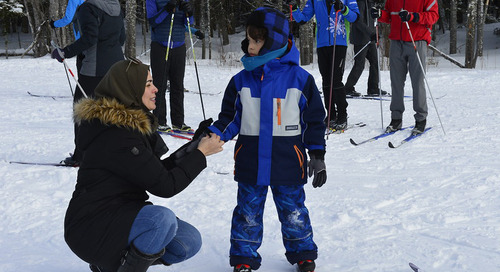 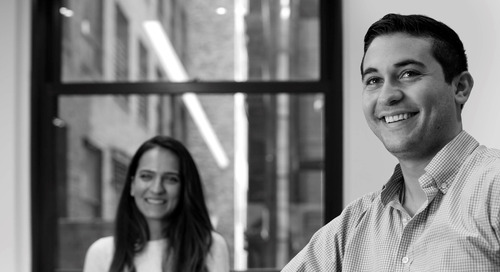 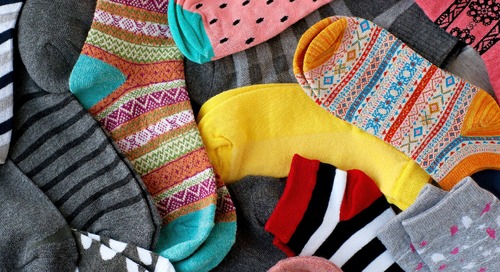 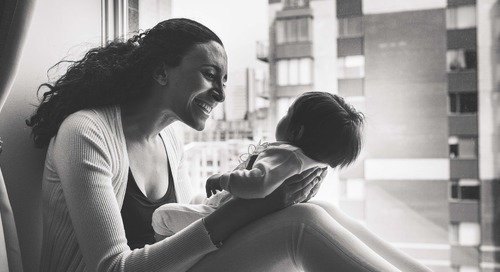 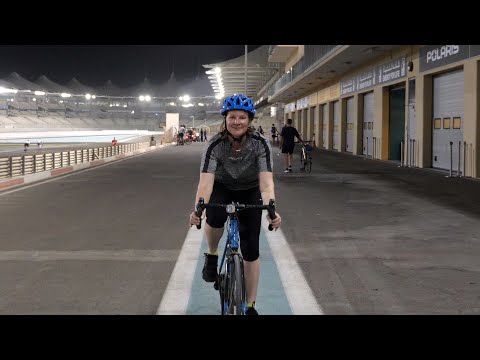 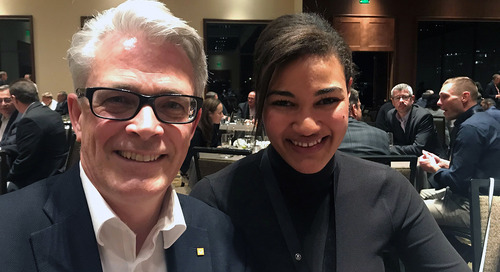 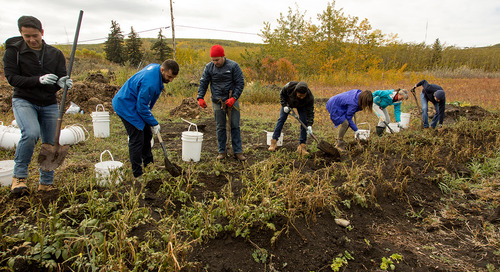 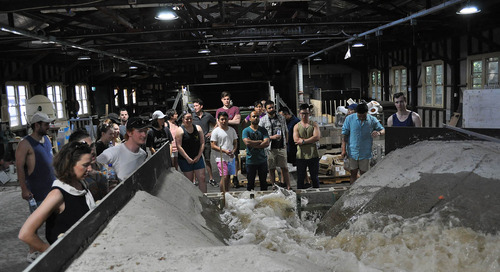 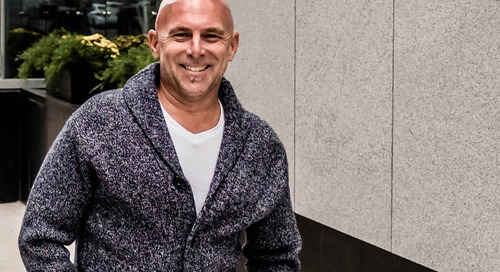 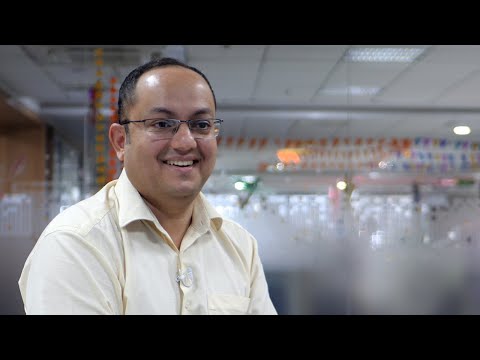