She wanted to gain life experience outside her hometown of Los Angeles, California, and access the education benefits that would help pay her way through school. So Stephanie Espinoza, now an Engineer in Training with Stantec out of the Denver, Colorado office joined the United States Army at the age of 17. 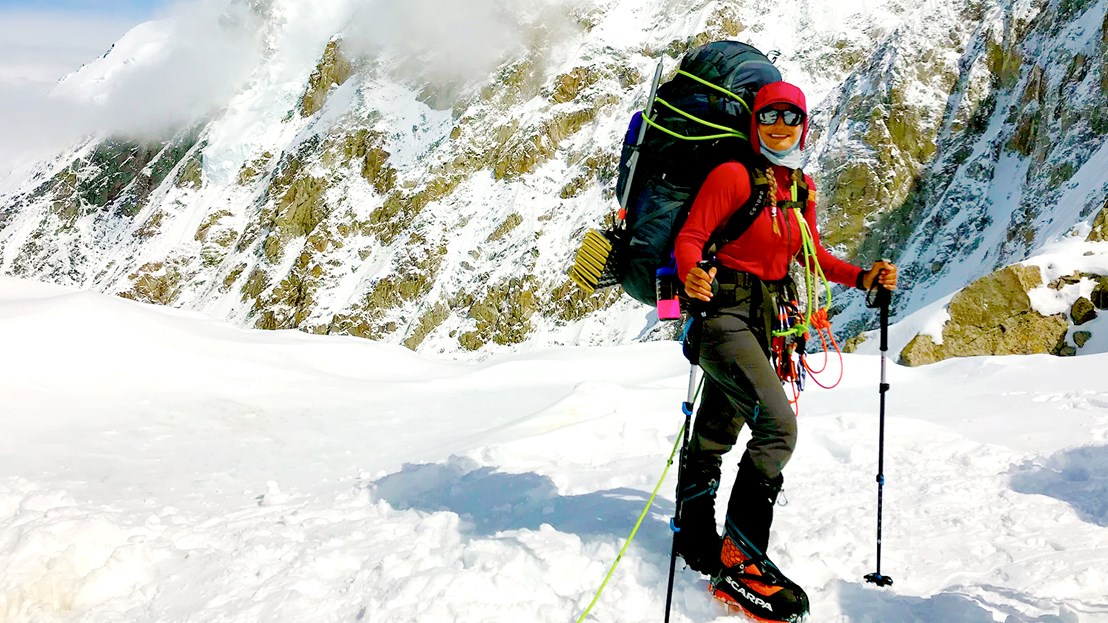 “My family had no history of military service,” says Stephanie, whose parents were “surprised but supportive” when she joined the United States Army’s delayed entry program, which allowed her to begin her Army training while still in high school.

After signing the papers, Stephanie met weekly with her recruiter to learn how to deal with pressure, hone leadership skills, and work as a military team member. Those lessons prepared Stephanie for her first role as a chemical operations specialist in Iraq.
Stephanie deployed to conflict zones, first in 2003 and again in 2005. While wearing a Kevlar vest and combat helmet, she performed tasks that piqued her interest in technical work. 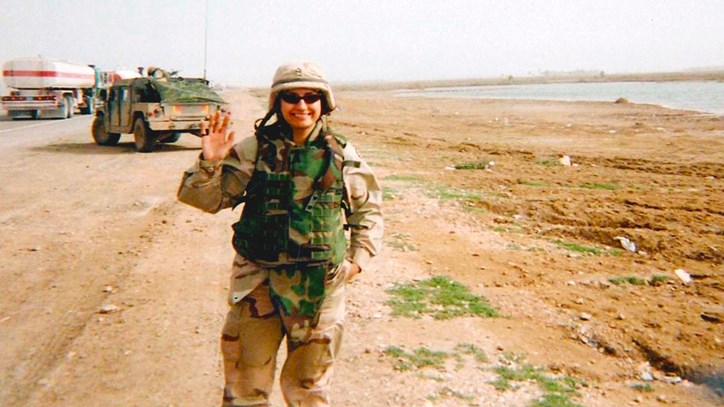 “I’d previously enjoyed literature and arts,” Stephanie says. “My mechanical inclination didn’t emerge until I took the Army’s aptitude tests and worked in Iraq. Operating and maintaining various types of equipment and using pumps and pipes to build decontamination systems showed me that I enjoyed and excelled in this work.”

After being discharged from the Army in 2009, Stephanie moved to Colorado, and in 2013 began studying civil engineering at the University of Colorado Denver. As graduation neared, Stephanie joined Boots to Suits, a mentorship program that assists veterans transitioning from the military to the classroom, then to the workforce. Her mentor was Stantec project development leader for Water, Bob Armstrong. “A fortuitous pairing,” she says.

“Because we’ve spent time in the military after high school, we’re a few years older than most incoming university students,” Stephanie says. " Plus, our past can make assimilating into university life difficult. Bob shared how he made a successful transition and introduced me to the structure and dynamic of working within a process mechanical team.”
When Bob alerted Stephanie to a job opening at Stantec, she applied, got hired, and joined the water group in 2017.

At university, Stephanie made another important connection: Nick Watson, a founder of the nonprofit organization Veterans Expeditions (VetEx), which assists former military personnel in overcoming challenges—like post-traumatic stress disorder (PTSD)—through outdoor leadership opportunities. Stephanie was interested in the organization’s expeditions and the therapeutic benefits of the activities.

“The VetEx experience gave me a different way to process my past,” says Stephanie, whose experiences in Iraq led to her own PTSD diagnosis. “I wasn't forced to sit in a room with a counsellor and recall trauma. Instead, I could talk about what I’d seen—if I wanted to—while enjoying fresh air and amazing scenery.”

Interested in mountaineering, Stephanie began to embark on hiking and snowshoeing trips around the Rocky Mountains in 2014. Short excursions led to long ones, and the leaders of VetEx noticed when Stephanie was one of the few people able to summit Mount Yale during a particularly cold and windy winter trip.

Impressed with her determination and ability to take direction, they asked Stephanie if she’d like to join a team of female veterans training to climb Alaska’s Mount Denali, the highest mountain peak in North America. The trip would require a significant investment of time—18 months to prepare and a month to complete—but Stephanie agreed without hesitation.
Teamwork Makes a Difference

The Denali team—Stephanie and four other veterans—learned the technical skills needed to climb the mountain unguided. They also trained to build the endurance required to carry 130 pounds (59 kilograms) each at altitudes of more than 20,000 feet (6,000 metres).

“In many ways, preparing for the climb was like preparing for a Stantec project,” Stephanie says. “We had tasks and a schedule. We each had a defined role, and we navigated group dynamics to leverage strengths. For example, I’m detail-oriented, so I took charge of the packing lists and helped draft the meal plan and itinerary.”

In June 2019, Stephanie and the team took a small propeller plane from Talkeetna, Alaska, to Denali’s base camp. For 23 days, they battled ice and snow—and experienced highs and lows.
“I’ll never forget when we arrived at the 14,000-foot (4,265-metre) camp,” says Stephanie. “We’d made it halfway. Feeling safe, we rested. And waking up to an amazing view of Mount Forker in the background was monumental.”

The trip wasn’t all smooth, however. Two team members were unwell and chose to stay at camp while the others continued. The team had to reorganize and carry additional supplies. Yet, the now three-member team pushed on for nearly two more weeks—before inclement weather demanded they call it quits, just shy of the summit.

“I felt we had a shot at summiting and was devastated when the expedition leader suggested we turn back,” Stephanie says. “But I was on a team, and we had members who didn’t feel right about taking the risks. I had committed to working together and making decisions as a team.” 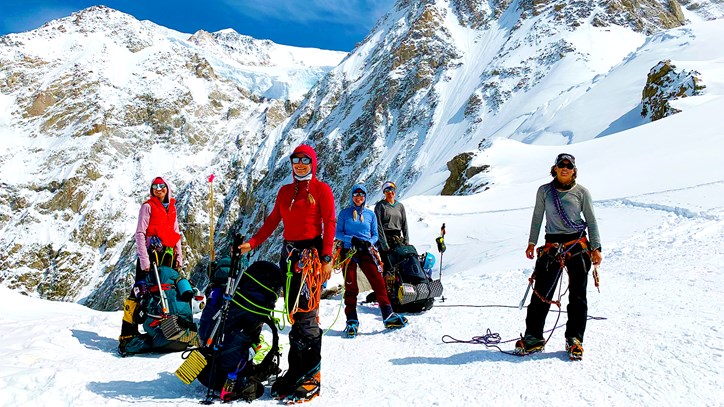 Stephanie returned to a warm welcome from her Stantec teammates, who’d managed her project work during her month away. They’d even constructed a Denali model—complete with a miniature version of Stephanie and her gear pack—that covered her entire workspace.

Inspired by her connection with other veterans and Stantec’s inclusive and warm culture, Stephanie is now even more eager to support the Military and Veterans Advocates (MAVA@Stantec) Employee Resource Group (ERG), which she joined in 2018. She looks forward to working with other passionate colleagues to grow the ERG.

“I firmly believe that one reason I was hired is that Stantec truly values each of our life experiences and our interests,” says Stephanie, whose supervisor wholeheartedly supported her decision to undertake the Denali trek. “They don’t look only at grades and achievements when hiring. They look at the whole person—experiences, interests, and potential. And once hired, employees are supported to find a healthy balance in work and in their personal lives.” 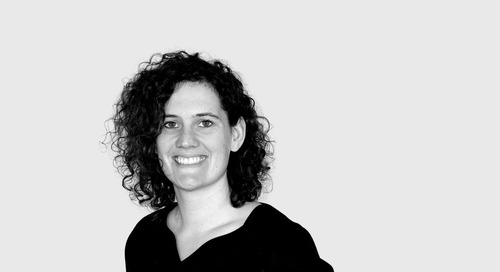 Romy Stijsiger shares with us what it’s like being part of a DPG, and how it’s shaped the way she views her... 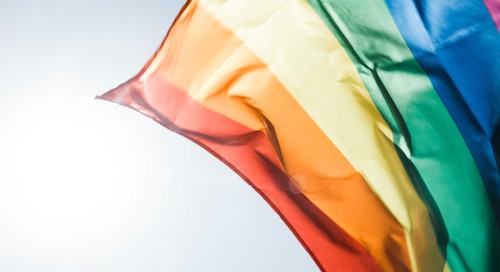 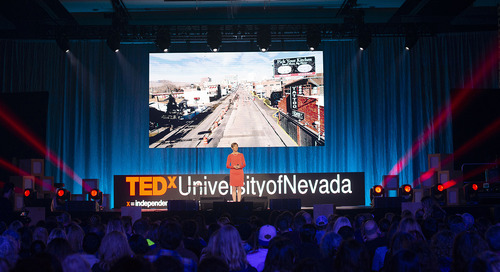 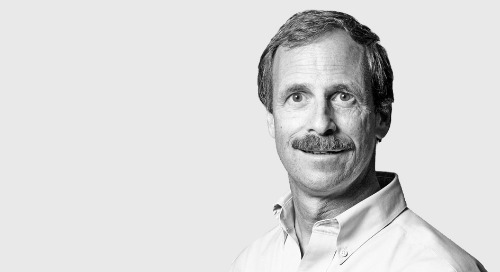 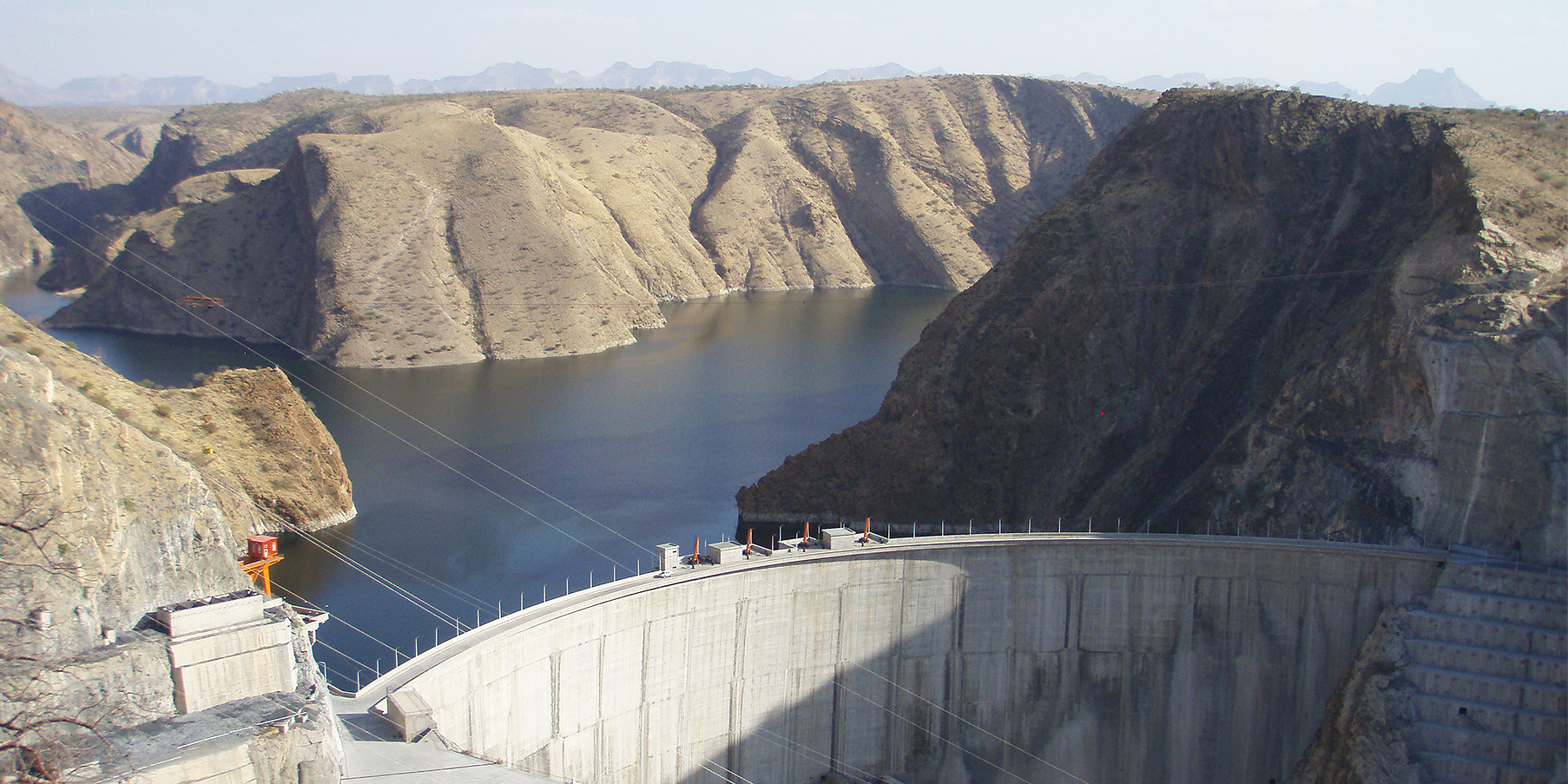 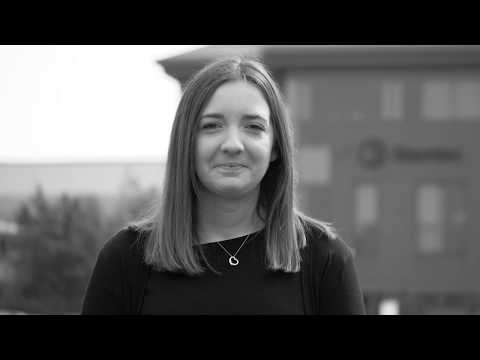 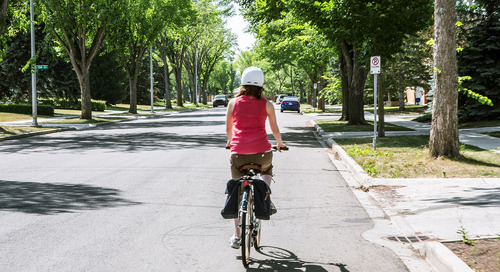 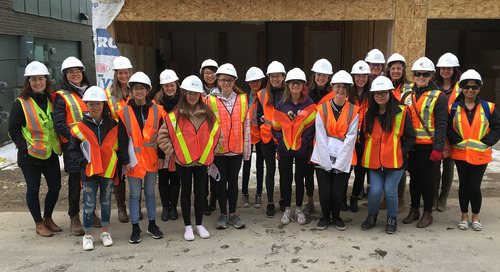 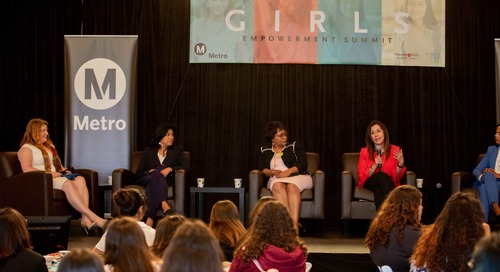 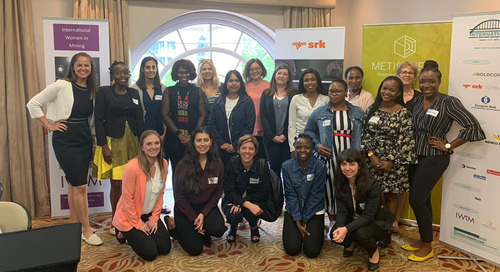 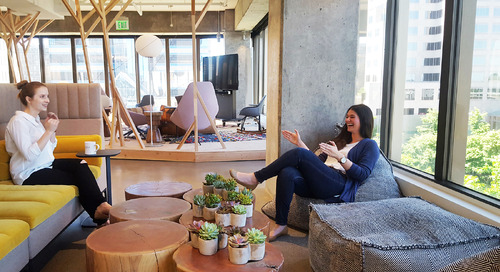 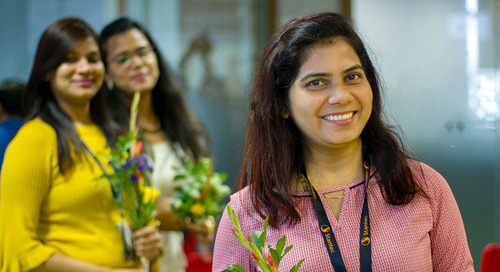 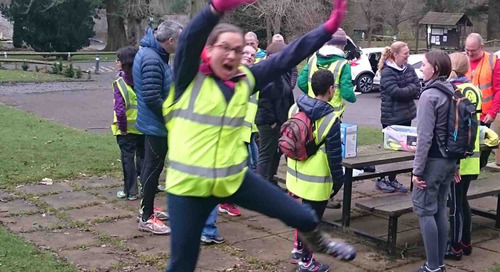 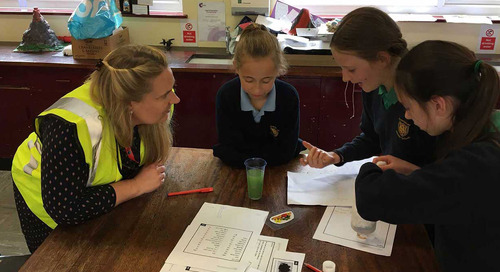 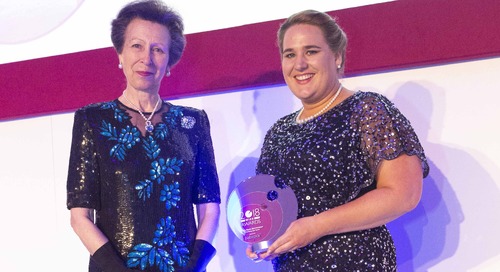 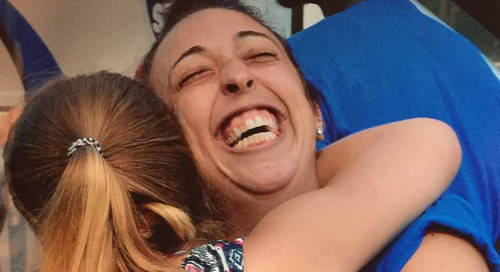 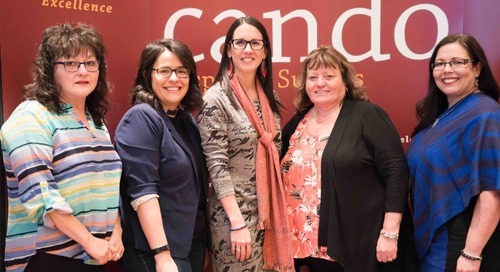 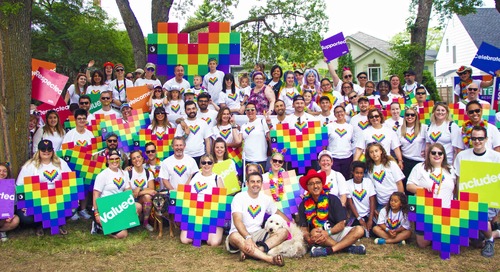